Being a new mom and choosing baby formula is hard!  What is a mom to do?  There is Similac, Gerber, or Enfamil but there are other choices available

When I was expecting Isabelle, I had every intention to breastfeed for one year.  Yeah, that was before I found out how truly painful it was.   For all the moms that do it, more power to you.  I don’t want this post to have the comments of “oh, you’re a terrible mother, you didn’t even try” or the “it’s such a special experience to bond with your baby”.  The point is there are mothers that breastfeed and there are mothers that feed with formula, get over it!  There is no need for a huge war!!  The reason I stopped was, that I was getting sick with mastitis all the time.  I hated it!! I felt that I constantly had the flu.  My husband is a chef, as most of you know, therefore, he works crazy hours.  Do you think I enjoyed being sick in bed on his days off, while he was taking care of the baby?  No way!  How was this a “special bonding experience”?  So I stopped and figured there are other ways I can bond with my child.

The moment I knew I was stopping to breastfeed I had to look into baby formulas.  I knew I wasn’t going to use Similac, Gerber, or Enfamil.  Why?  These three huge companies all use genetically engineered ingredients, in other words, Round Up pesticide is still inside the baby food.  I don’t want to feed Round-Up to my baby. 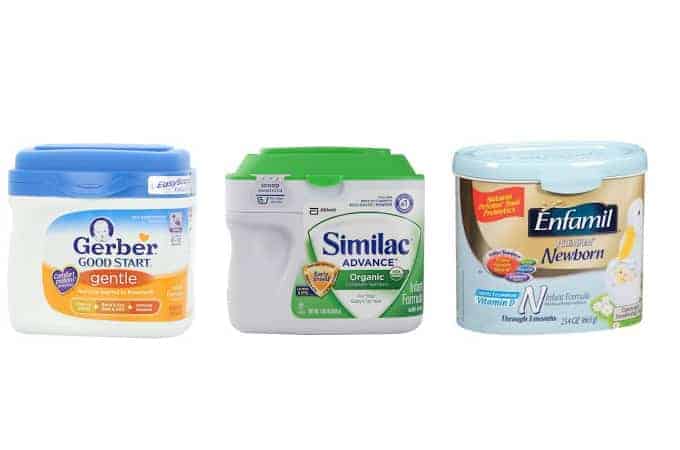 I learned about Perrigo Nutritionals (formerly called PBM).  This company manufactures all the store brand formulas, even the organic brands!  Vermont Organics is popular, it makes you think that it is made by a family in Vermont–but quite the contrary.  It’s made by the same company that makes every other dirty formula.  Taken from the Perrigo website-Perrigo manufactures store brand infant formulas for the world’s leading retailers, including Walmart, Sam’s Club, Target, Kroger, Walgreens, CVS, and Babies R Us. Manufactured in Vermont and Ohio, U.S.A., our store brand formulas are nutritionally comparable to the leading brands Enfamil®, Similac®, and Gerber®, but cost up to 50 percent less.* 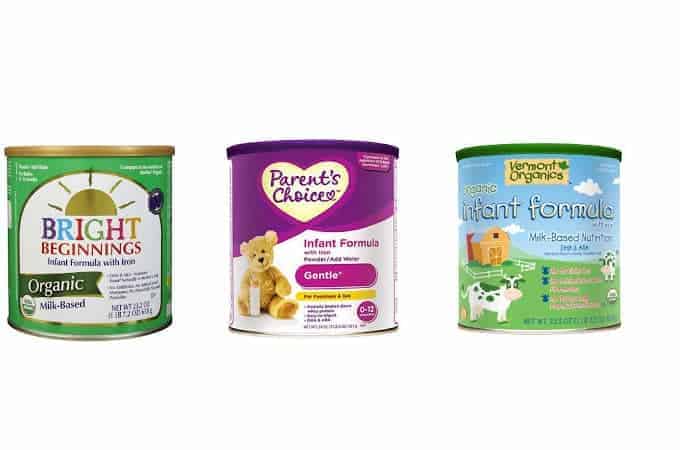 I checked into Earth’s Best and found that their cans are lined with BPA and they also use Martek’s  Life’s DHA.  After the BPA, I had to find out what the heck is Life’s DHA?  Why is this being so complicated? 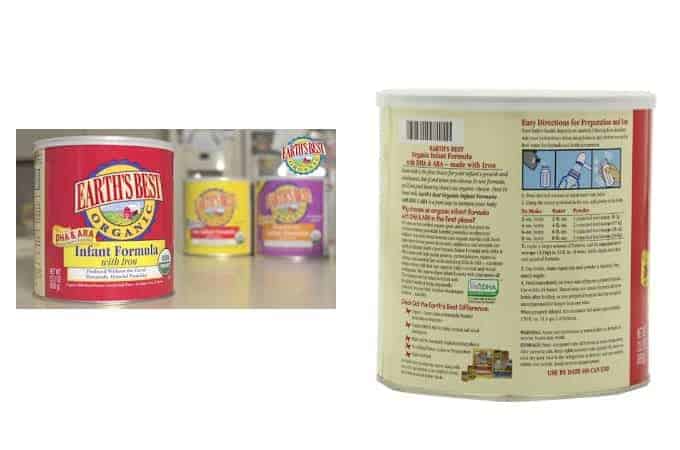 What is Martek’s Life’s DHA & ARA?

There is sound science and there is profit, and the two do not always mesh well. Martek Biosciences Corporation relies on reductionist science to sell oils that are extracted from fermented algae and soil fungus that have been genetically altered to contain higher levels of the fatty acids DHA and ARA.

Martek Biosciences Corporation manufactures its DHA algal oil and ARA fungal oil by fermenting algal and fungal microorganisms in stainless steel tanks containing the microorganisms’ “feed,” which consists of ethanol and other ingredients that are, because of the widespread adoption of genetically engineered crops in the U.S., almost assuredly derived from genetically engineered corn.

The extracted oil is then further processed, including bleaching and deodorizing. The algal oils destined for liquid products, such as milk, are mixed with conventional sunflower oil, synthetic stabilizers, preservatives and other ingredients. Numerous additional synthetic ingredients, including sweeteners, are added to the powdered form, which is microencapsulated, before it is added to infant formula or other dry foods like baby cereal.

For more information please check this out–

In other words, this DHA and ARA is from algae and fungus, which is bleached and a hexane gas is formed and that goes into all formulas, including organic.  Life’s DHA is not just found in baby formula!  If you check out the Life’s DHA website you will see that is also found in Horizon Organic DHA milk and Silk DHA Soymilk.  Scary, Right?!  After learning about all this, I was sick to my stomach.  Why is it that these companies are poisoning our babies?  I felt that at this point we would be buying formula from Europe, either Hipp or Holle. 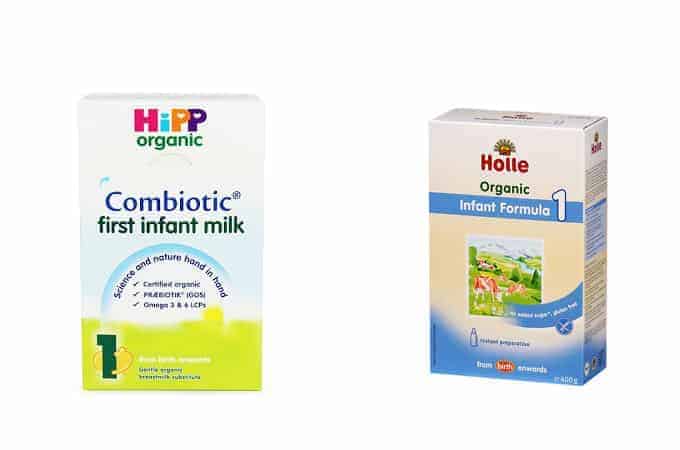 After much searching online, I finally found a formula that wasn’t going to put us into debt.  It’s Baby’s Only by Nature’s One.  They call it toddler formula, as they expect the first year you would breastfeed. 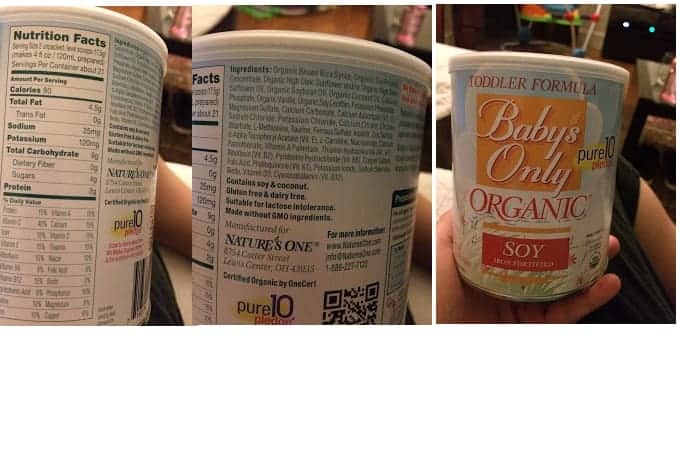 This formula does contain DHA & ARA, it is extracted from eggs, not algae.  If you want to read all the ingredients Nature’s One puts inside their Soy Formula, check out their website.

The can, lid, and scoop are all BPA free.

**I also want to say that I am not being endorsed by Nature’s One.  I am just a mom that wants to feed her children the best way I can.

Yes, I do feed my daughters the soy formula by Baby’s Only.  I found with both girls they were both constipated and gassy on dairy-based formulas.  For me personally, the soy was better for them, but all babies are different.

Back in 2012, there was a study done about Nature’s One containing arsenic, due to the use of brown rice syrup, not corn syrup.  This is taken from their website:

The study and information from 2012 is old and proven to be inaccurate.  Nature’s One products always tested dramatically below any US and worldwide standards for arsenic.  This is also true of all infant formulas that all tested to contain trace arsenic.  Unfortunately, it is in almost all the foods we eat.

Even so, Nature’s One goal is to insure the highest purity of all ingredients since the company was founded in 1997.  As part of that goal, since 2012 we have been using an organic compliant process to eliminate even trace inorganic arsenic from rice syrup – not because we are required to, but because it matches with the company commitment to purity no matter the government regulations. This filtered organic brown rice syrup continues to be used in all Baby’s Only Organic formulas today.

We have also called on other baby formula companies to follow our lead to insure that any contamination from soil be eliminated from infant formulas and foods.  So far, no other company has publicly followed our lead in this initiative.   All of this is encapsulated in our Pure10 Pledge http://www.naturesone.com/pure10.

Now, with my second daughter, I planned again to breastfeed for as long as I could, but I was starting to feel the pain in another way.  I felt I was missing out on the time with Isabelle.  She would ask me “Momma, what are you doing”? I would tell her “I’m feeding your sister”  or I would also say “making milk for baby”.  This was hurting me, I wanted to play with Isabelle, as she is 3 years old now.  I had my accident with the paddle board and the blood clot; so I had to be on a blood thinner, at that point I really couldn’t breastfeed.  I decided to try the Honest Organic Formula. 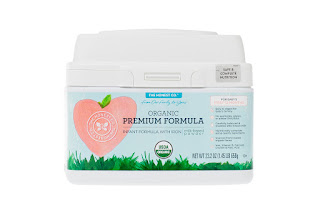 I have used their cleaners, body care, and vitamins, so I thought why not try it out.  First, the dairy was an issue with Gabriella, like with Isabelle.  I also read the ingredient list and it contains organic glucose syrup solids which is disguised as

So I went back to Baby’s Only Soy Formula for Gabriella.  Her constipation and gas are gone and all around so much happier. 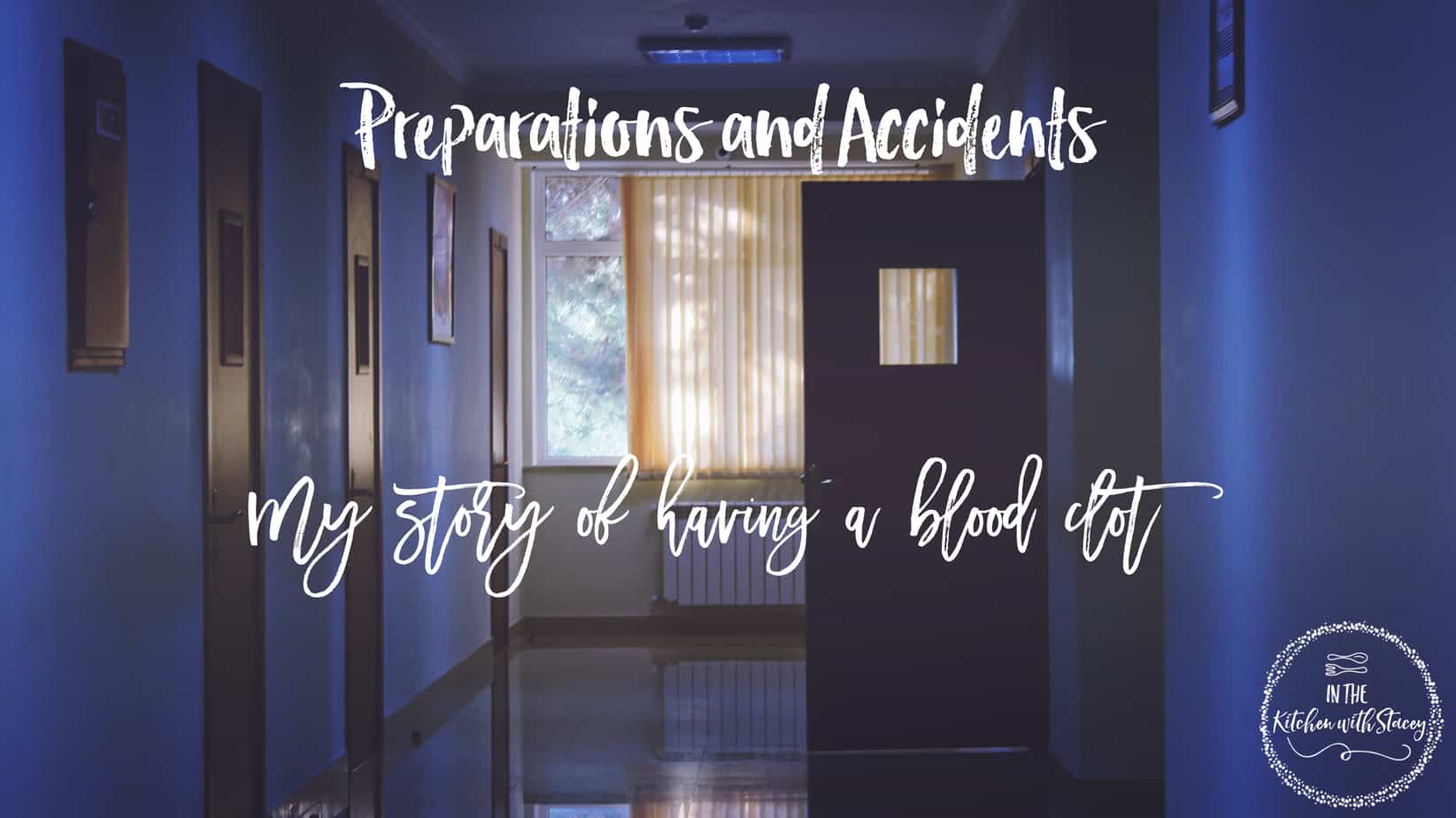 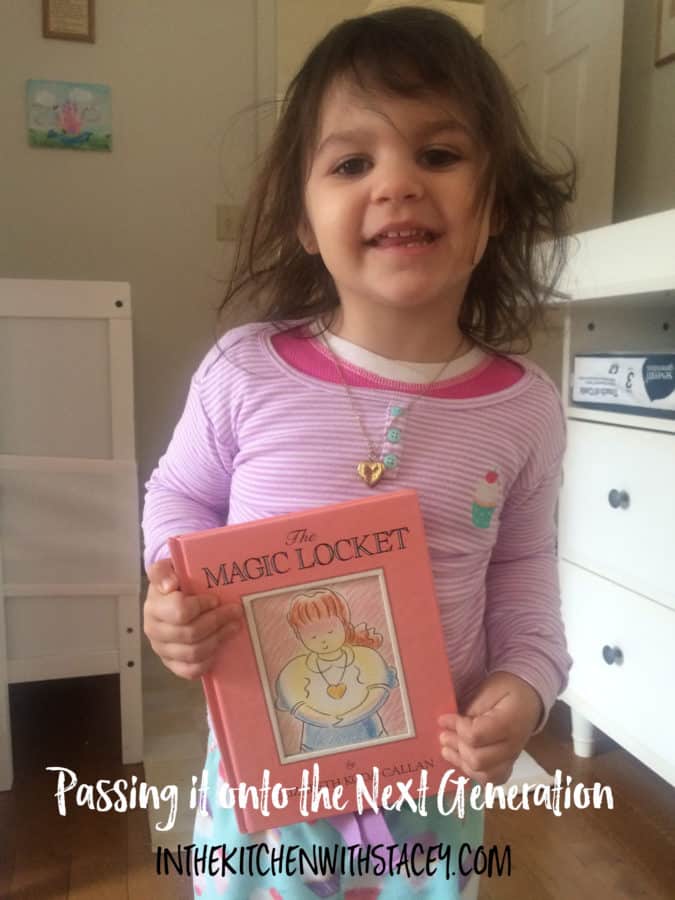 At MOPs, last week, we had the chance to do a craft, yeah!  I like doing crafts and now that I am in grad school it seems that I don’t get to do as much as I used to 🙁 The craft was to write out our favorite 100 things!  The song with Julie Andrews… 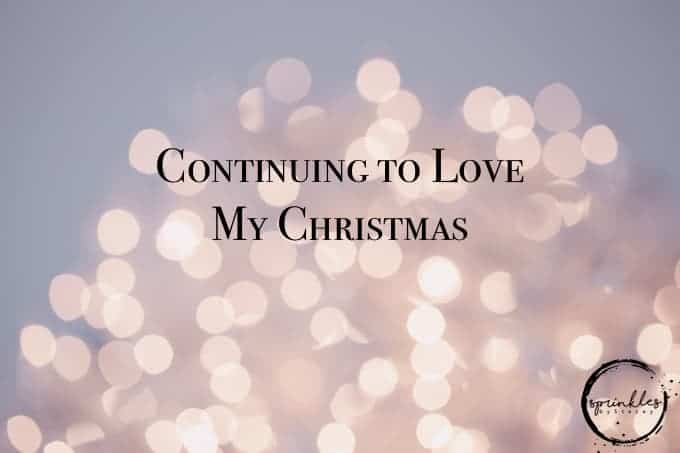 I was asked to share at a MOPS group this Christmas season and I would like to share my message with you.  I hope it will encourage you during this busy time of year. 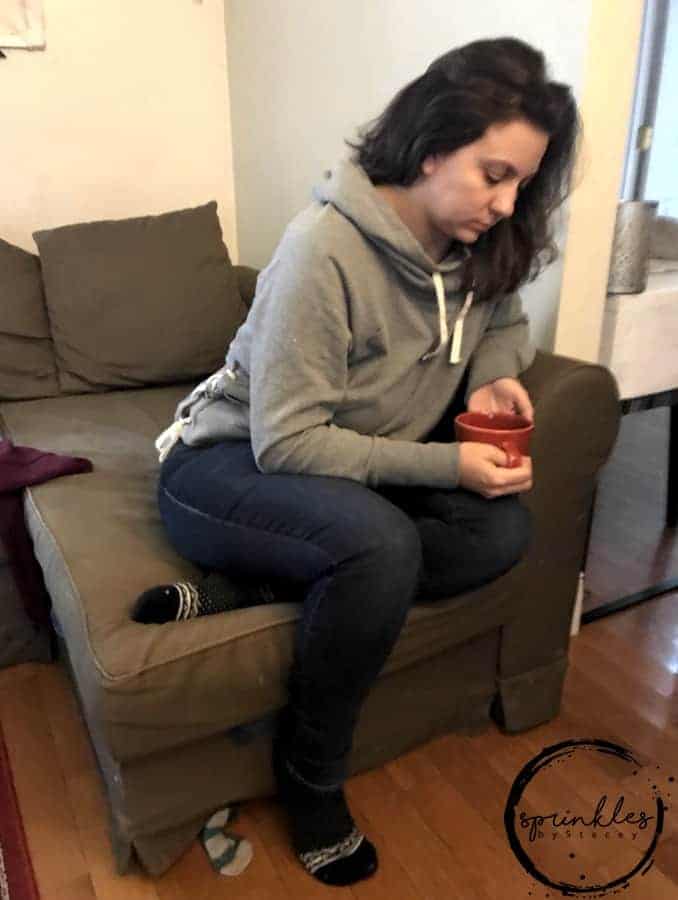 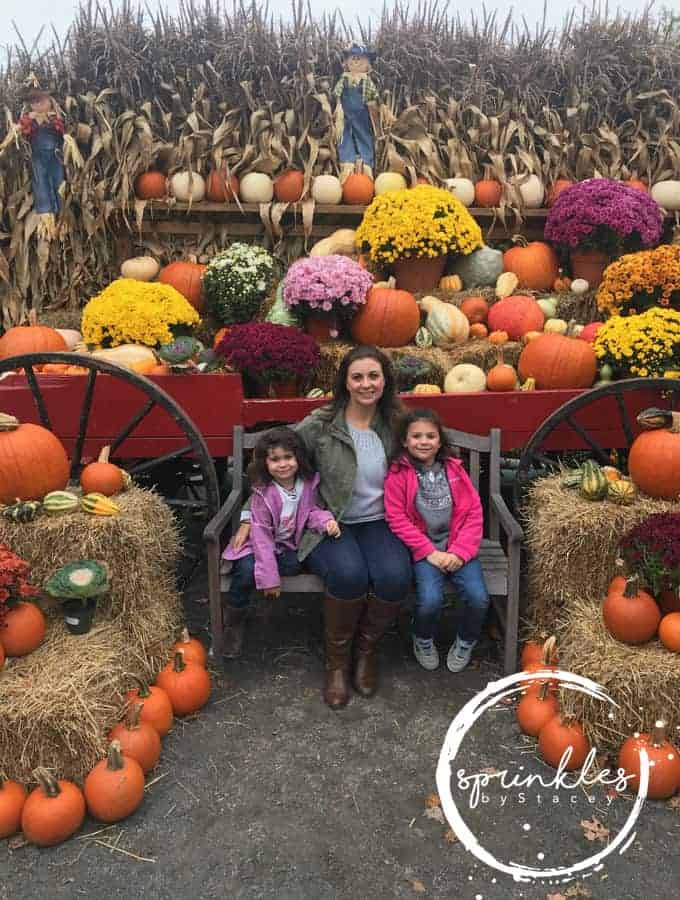 Have More Fun!  This is one of our three elements within our new MOPS theme of TO THE FULL this year.  What are you going to do to Have More Fun in your life? *All opinions are my own and do not represent MOPS International 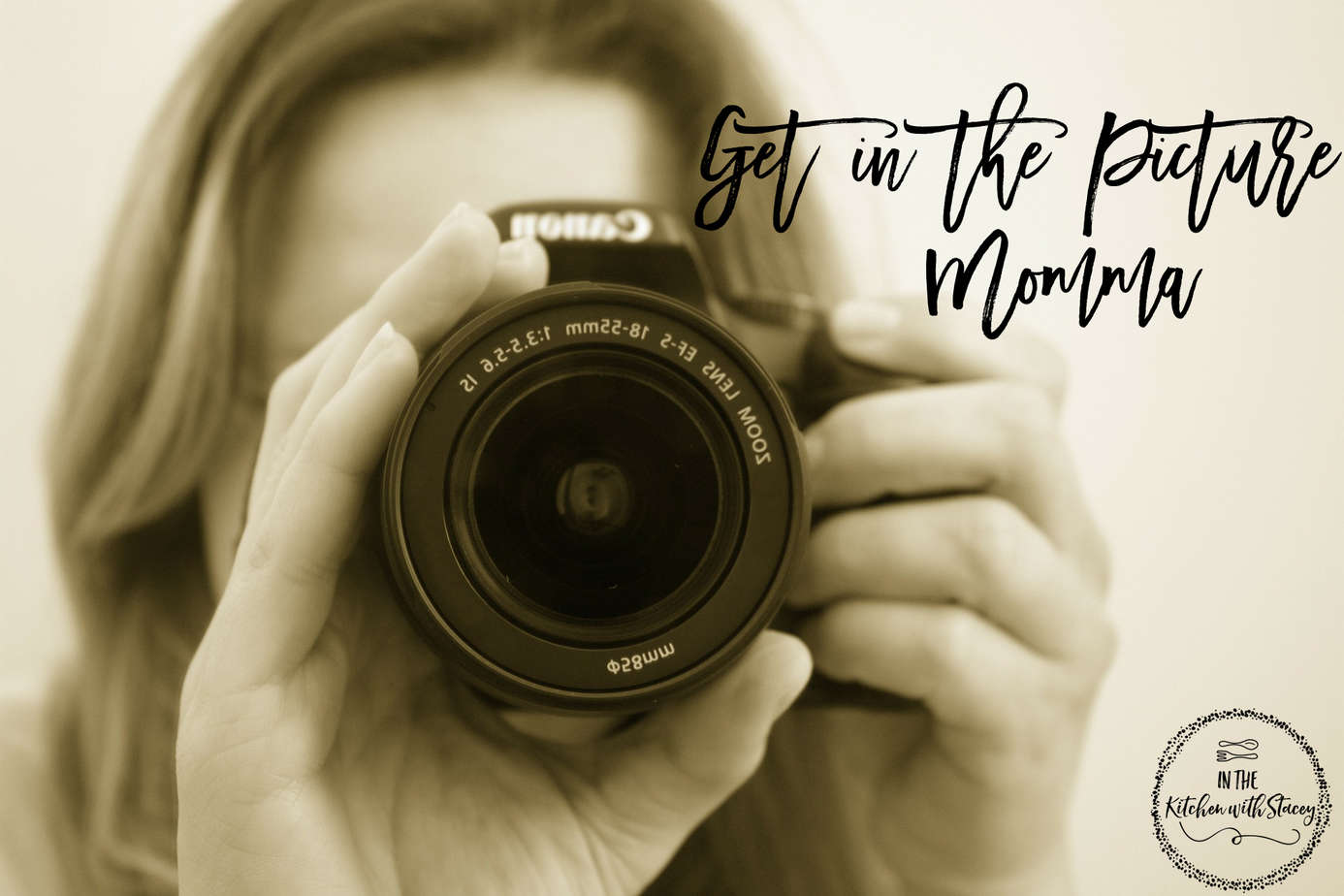 Who takes the pictures in the family? Or more like who wants to take the picture of everyone else?