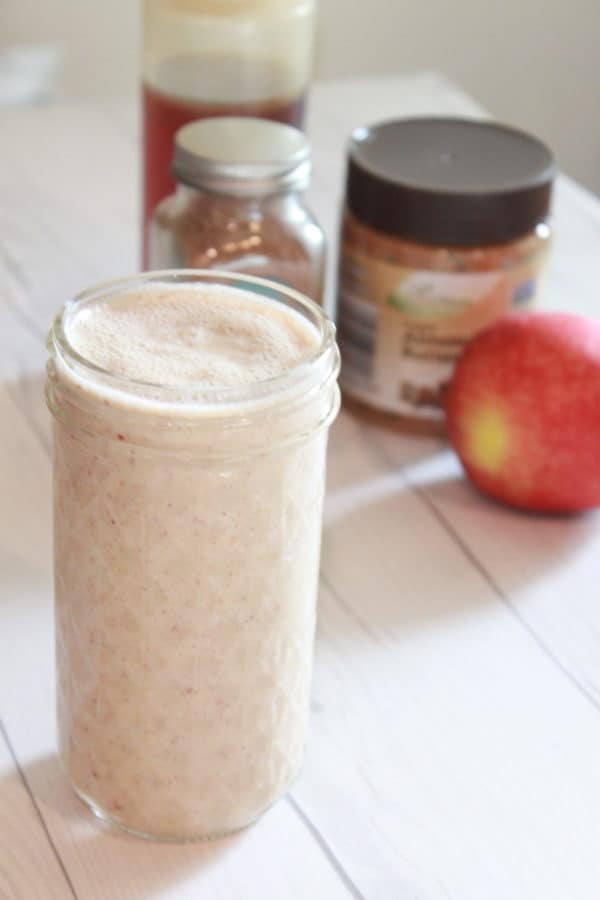 An Apple Cinnamon Almond Smoothie perfect for a treat or a quick, healthy breakfast

I have been eating apples with almond butter and thought with my new blender it would handle blending them together and yes, it is awesome!  Frozen banana is added to the mix for a creamy flavor.

I just upgraded my blender to a Salton Harley Pasternak Power Blender.  I use my blender either once a day or twice a day…can’t you tell with all my smoothie recipes 🙂  My KitchenAid was just not cutting it anymore, I needed more power…like Tim Allen from Home Improvement.  No, this is not a sponsored post at all, I just want to share about my new blender, and after a 30% coupon code from Kohl’s, it was only $185.

Cinnamon is added to this smoothie to aid in boosting your metabolism.

For more smoothies and breakfast ideas check out 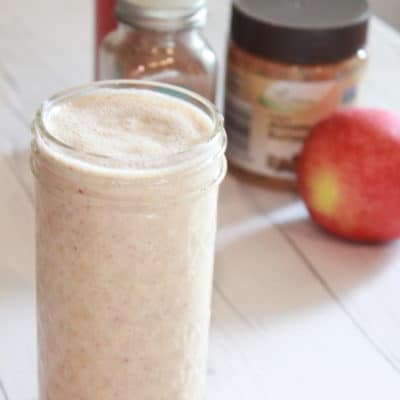 Servings: 2 people
Calories: 176kcal
Author: In the Kitchen with Stacey 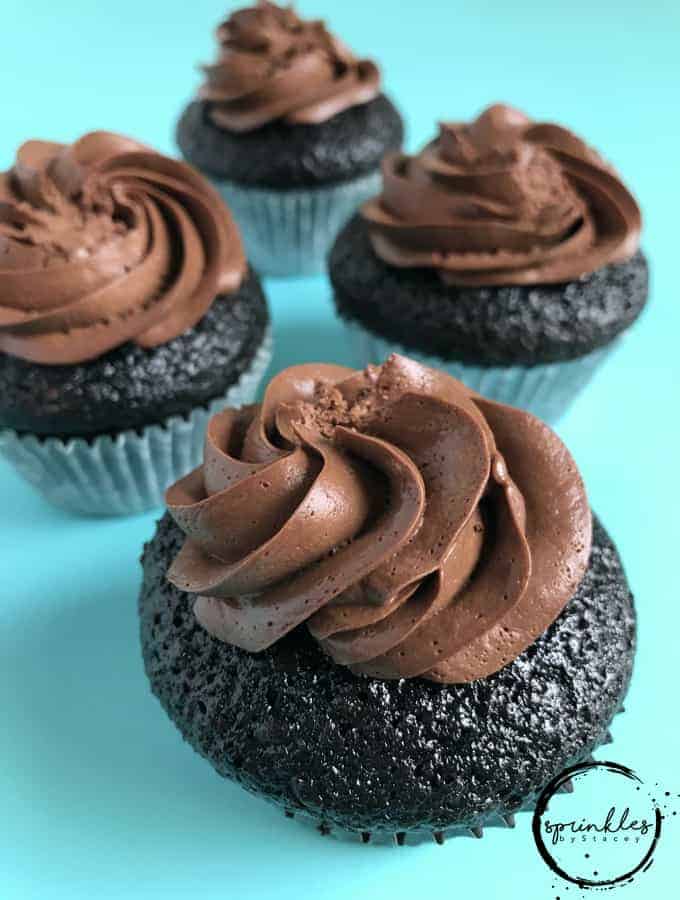 Chocolate, chocolate, and more chocolate!  These chocolate cupcakes filled with chocolate mousse are super easy to make and so good!  I have made them three times this week! 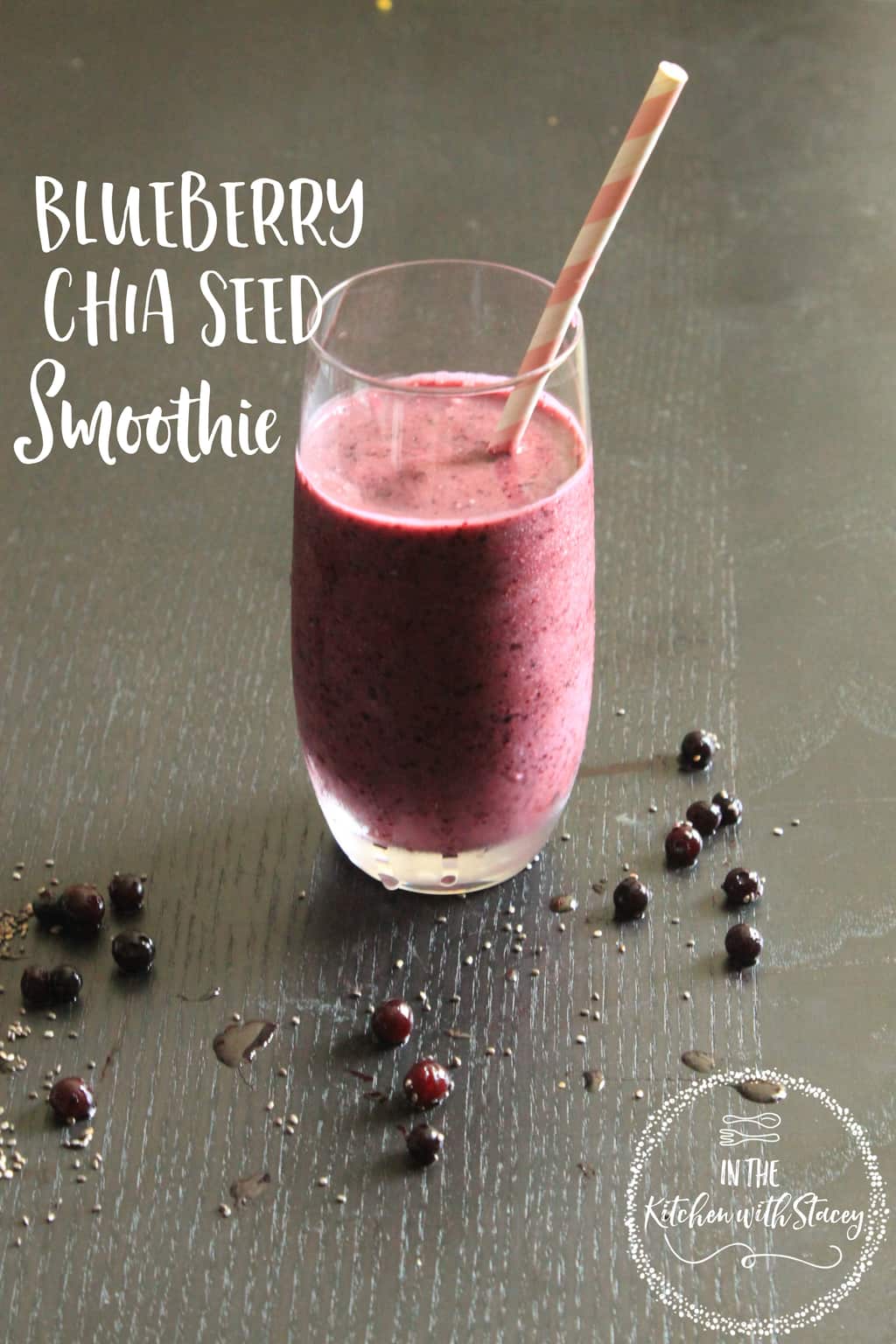 It’s getting warm up here in Massachusetts.  Yes, I used to live in Florida and I know this warm up here, really isn’t hot like what I grew up with. HOWEVER!!! There is no central air up here! NO CENTRAL AIR!  In Florida, I had central air and that was kinda of a must! Ok… 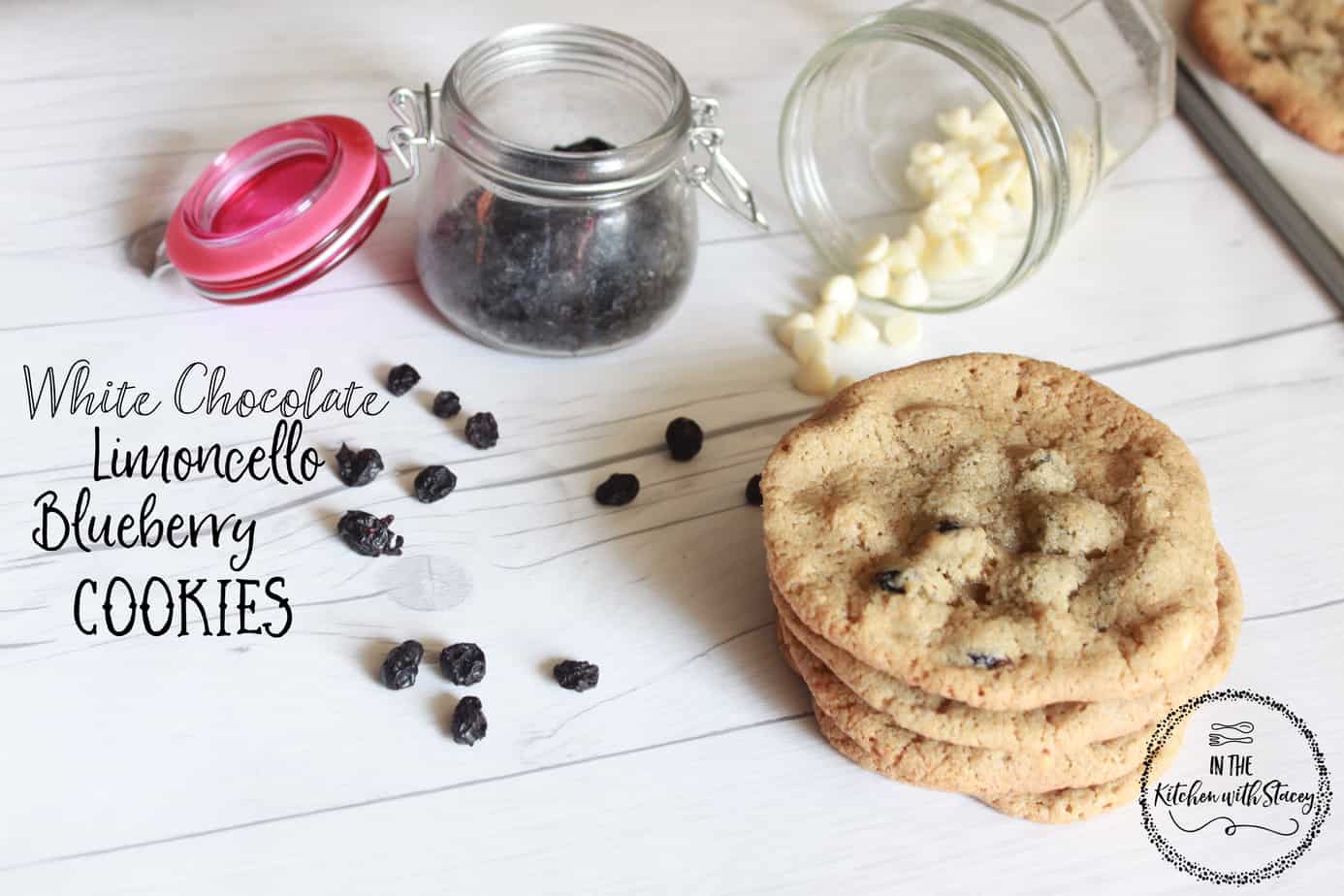 These White Chocolate Limoncello Blueberry Cookies are amazing!   The limoncello flavor enhances the flavor of the blueberries and the white chocolate adds a touch of creaminess. 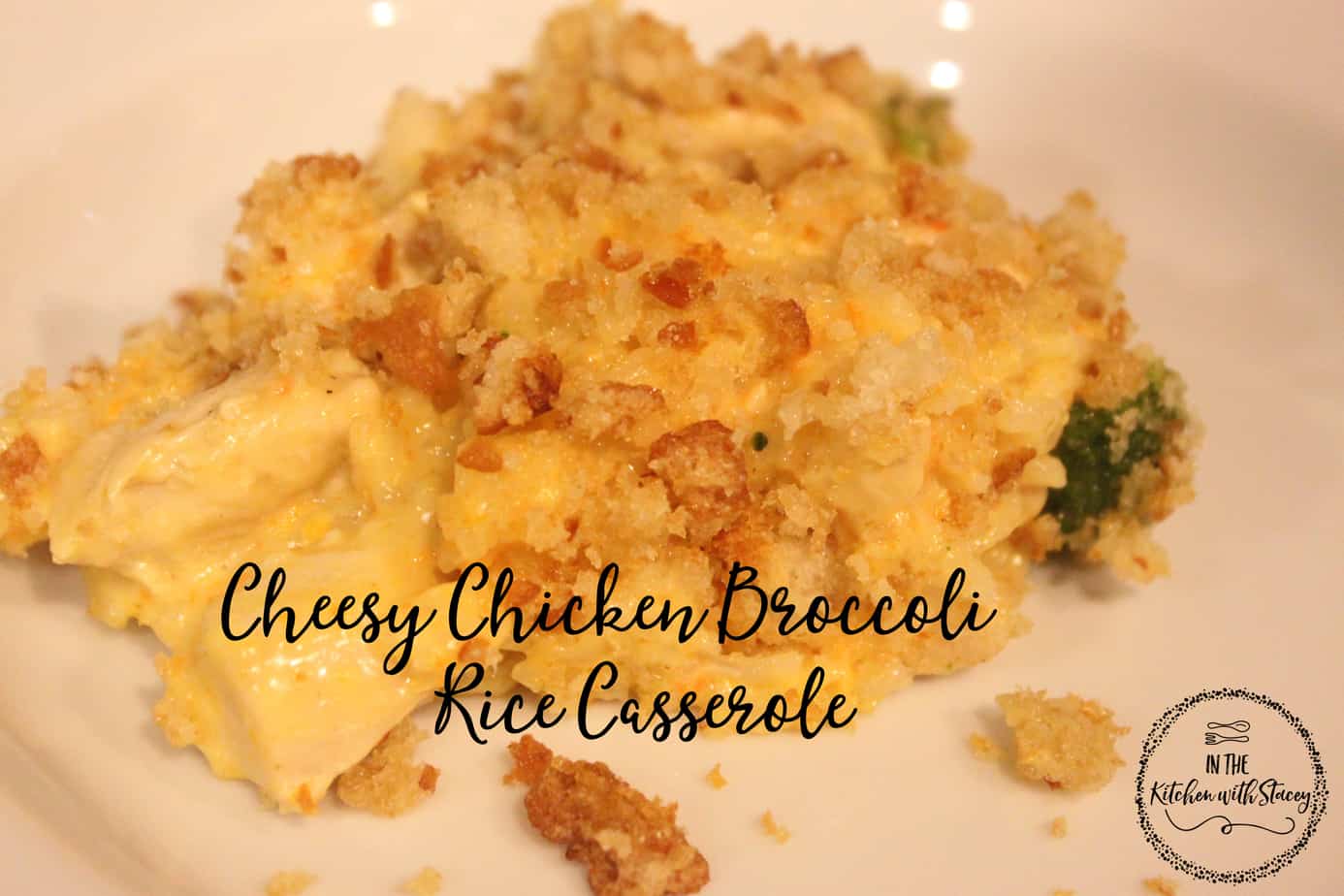 One of my favorite dishes growing up was my mom’s cheesy chicken broccoli and rice casserole.  Thinking about it now brings back memories. 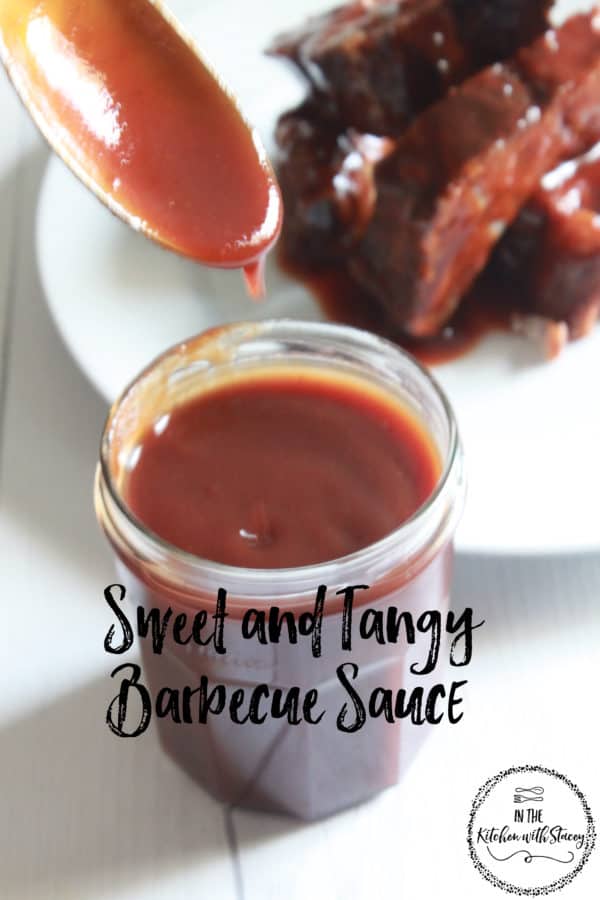 Serve this Sweet and Tangy Barbecue Sauce with my Brown Sugar Rubbed Baby Back Ribs or your favorite dishes.  This barbecue sauce is sweet from dark brown sugar and tangy with the blend of vinegars. 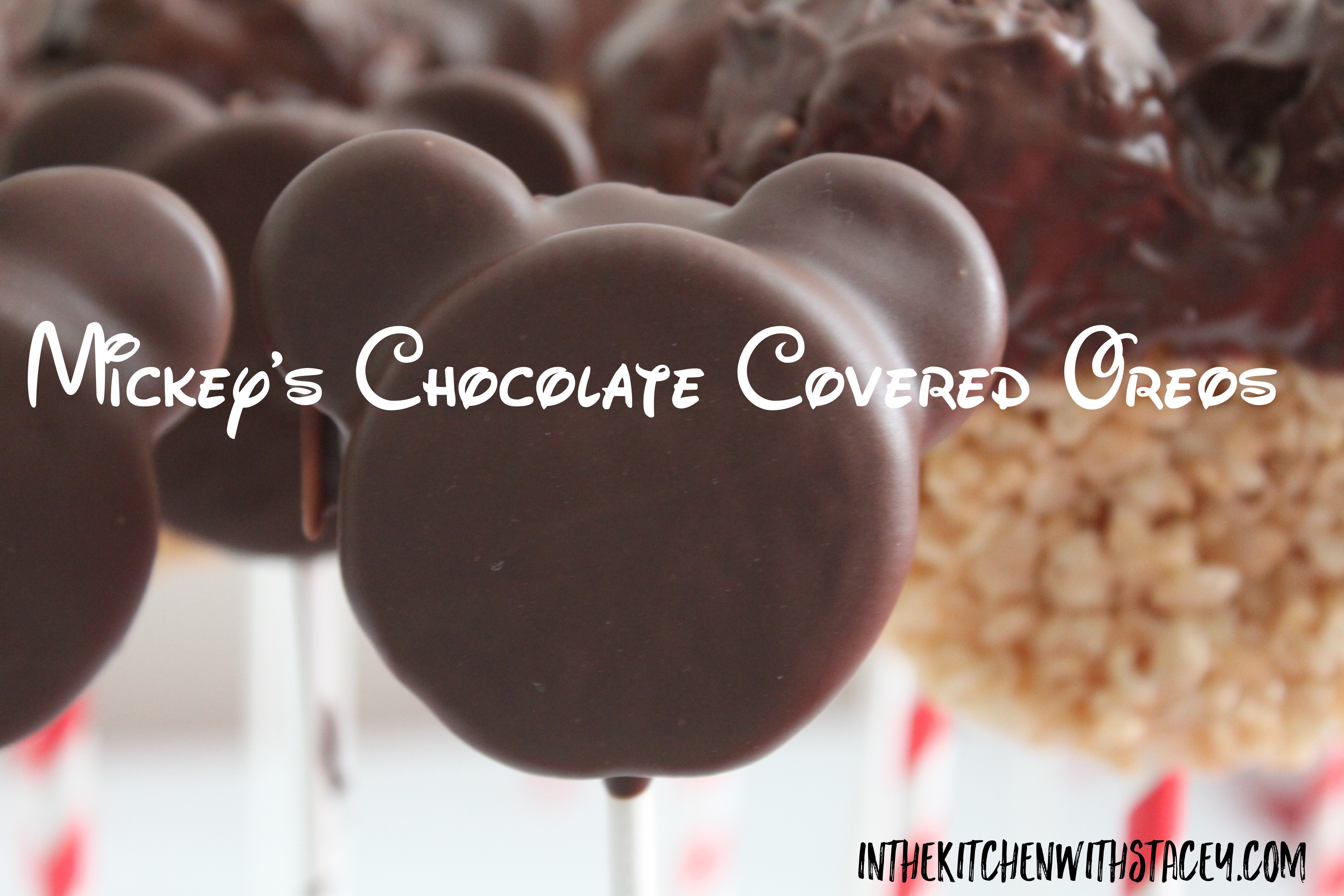 Mickey’s Chocolate Covered Oreos, just like something from the parks.